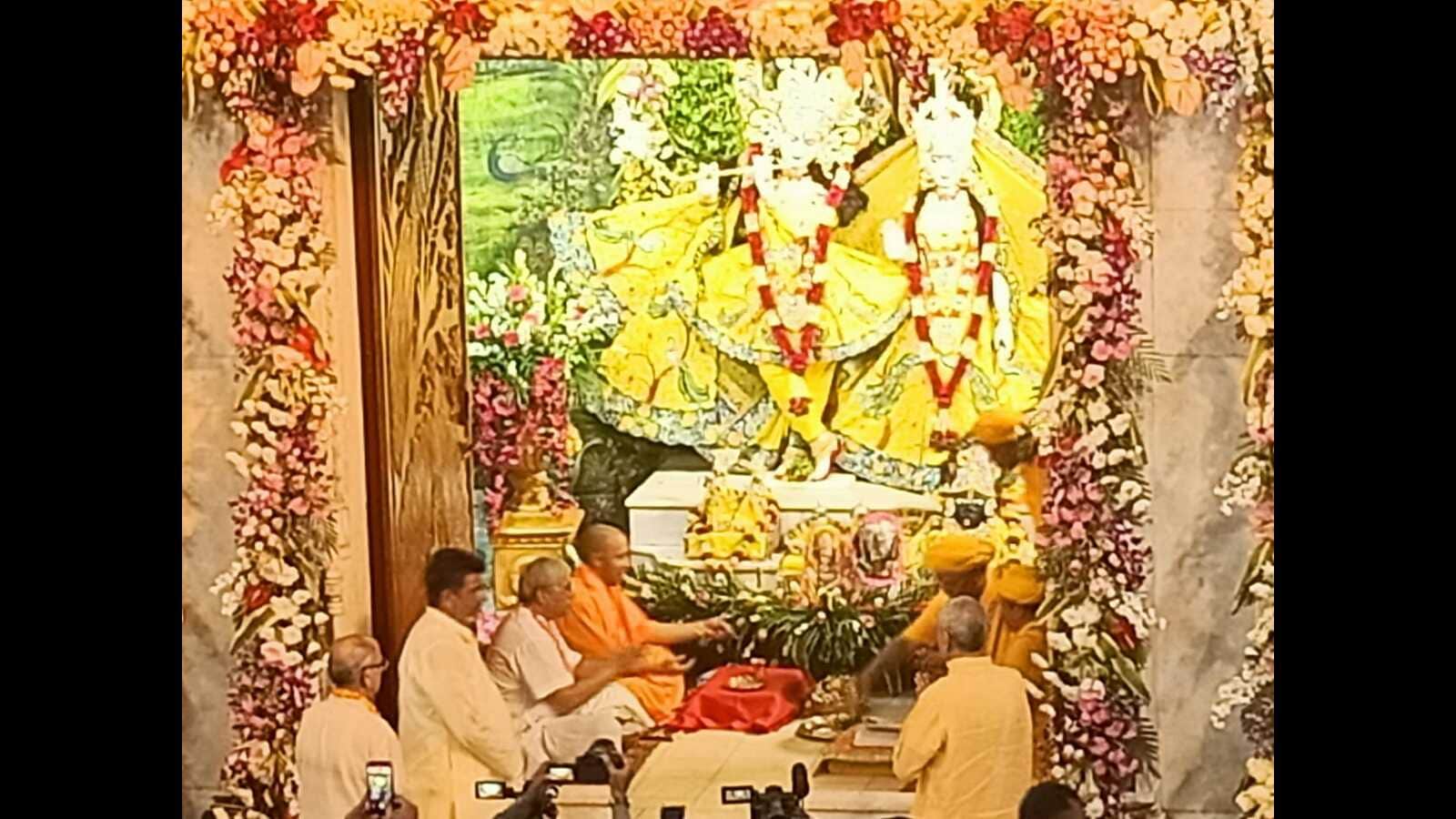 Mathura temple a focus area for Yogi 2.0 regime; road project to be on lines of Vishwanath Corridor, said minister

The twin religious cities of Mathura and Vrindavan continue to remain in focus of Yogi Adityanath, who completed six months in office in his second term as the chief minister of Uttar Pradesh.

While Sri Krishna Janambhoomi was already in the limelight with about a dozen cases pending in courts, the Sri Bankey Behari Temple in Mathura has also become a focus area of the Yogi 2.0 regime.

The BJP regime in the state took the unfortunate death of two devotees at Bankey Behari as a challenge. The two devotees died of suffocation during ‘mangla aarti’ after the Sri Krishna Janmashtami celebrations on August 19.

Chhata MLA and minister in the Yogi cabinet Laxmi Narain Chaudhary visited the temple and advocated extension of the temple area, presently located amidst the narrow lanes of the old city area of Mathura.

“We are planning to build a dedicated corridor soon for the smooth movement of devotees from the Yamuna riverbank to the Bankey Bihari Temple in Mathura. The project will be on the lines of the Kashi Vishwanath Corridor in Varanasi,” Chaudhary, who is the minister for sugarcane development and sugar industry, said.

The minister said keeping the existing ancient structure of the temple intact, the open space from where devotees pay their obeisance would also be extended so that the sanctum sanctorum, that accommodates 700 to 800 devotees at present, can host at least 5,000 devotees at a time.

Known for his frequent visit to the two cities, the CM was last here on the occasion of Janmashtami.

Later, he was scheduled to visit Deen Dayal Upadhayay Dham at Farah (Mathura) on September 22. Because of heavy rains, he virtually addressed the Kisan Mela and Rural Development Exhibition, where he announced to launch the ‘Uttar Pradesh Matra Bhumi Yojana’ portal on the occasion of the birth anniversary of Mahatma Gandhi (October 2).

“Under the scheme, the government will bear 40 per cent of the total cost of the project (construction of a community building, hospital, school or common service center) while the remaining will be borne by interested people. In return, the project will be named after the relatives of collaborators as per their wish,” said the CM.

The double-engine government, CM Yogi said, aims to improve farmers’ lives. When the “Jan Sangh” and the BJP weren’t in charge, Pt. Deendayal Upadhyaya introduced new economics to the nation.