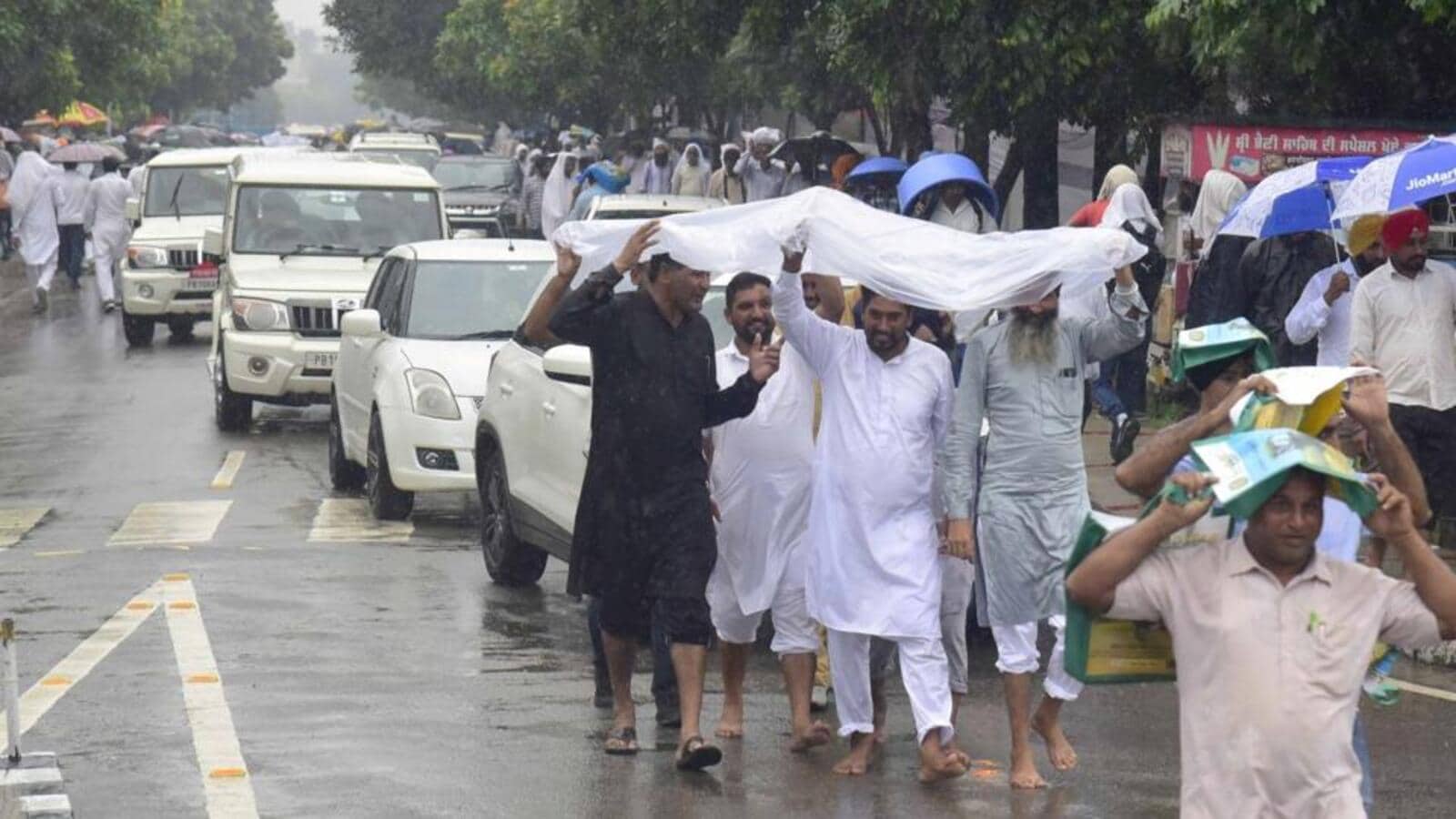 Heavy showers played spoilsport on the second and concluding day of the Kisan Mela held at Punjab Agricultural University.

Farmers, however, braved the early rain to flock the fair venue only to be forced to return home as the rain intensified.

Despite the rain, the university still recorded a high in terms of sale in seeds, which totalled ₹96.74 lakh in the two-day long rural fair. Some stall owners, however, said sales could have even higher.

Siblings Deepinder Dhillon and Reetinder Kaur said visitors on the opening day mostly included farmers, adding, “We expected locals to buy the produce today, but due to the rain, only a few people turned up.”

Some of the farmers visiting the venue also blamed varsity authorities for the disappointing second day, with Davinder Singh of Moga saying, “If rain was likely, authorities should have changed the dates.”

Former student and progressive farmer Amritpal Singh of Hoshiarpur, who was selling organic products at a stall, said, “The second day was also good for business, but rain did come as a disappointment. We had to shut down the stall by the afternoon.”