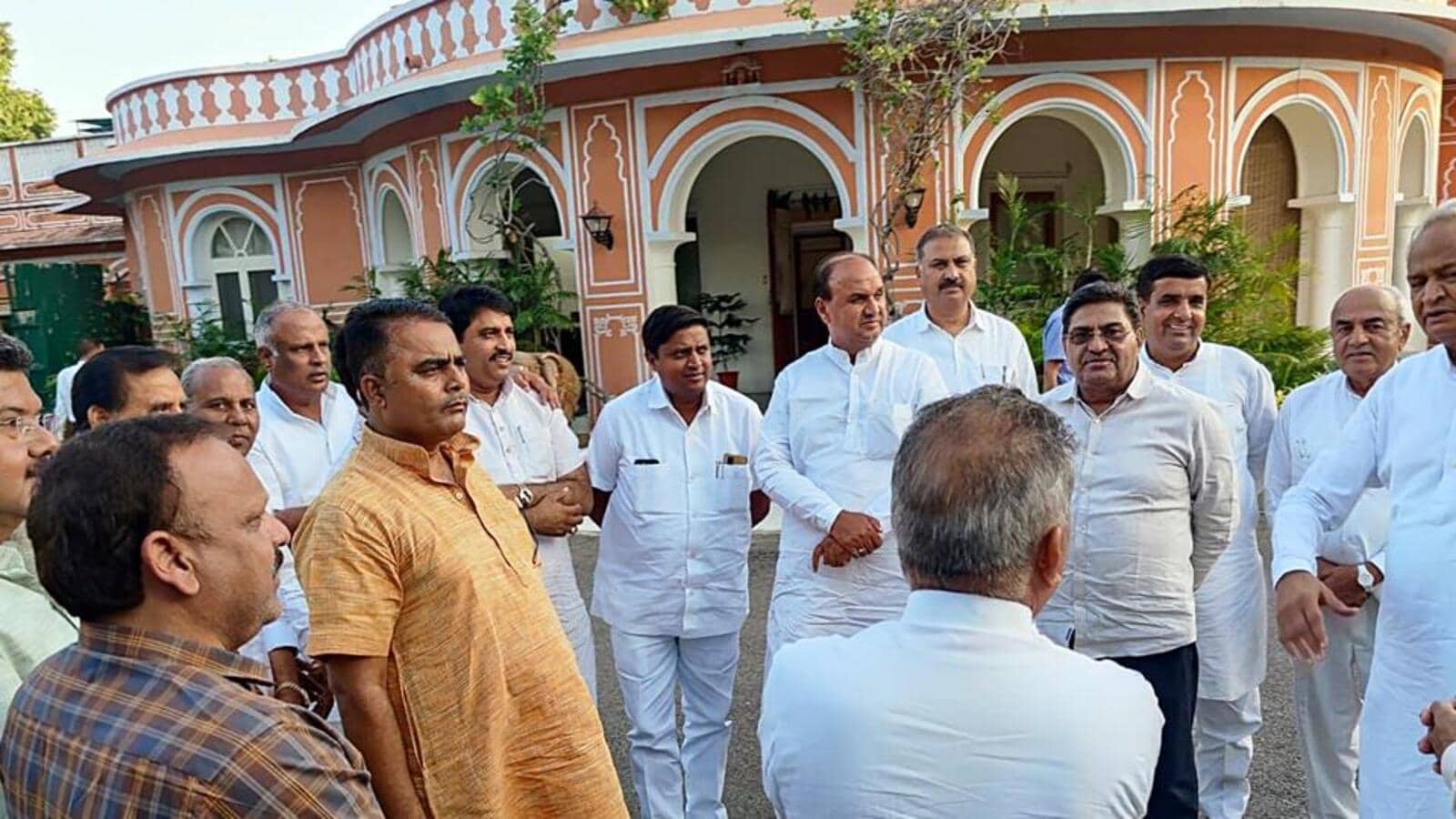 
JAIPUR: Some Congress MLAs, who were among the 90 Congress MLAs to offer their resignations to Rajasthan assembly speaker CP Joshi on Sunday, on Tuesday said they will “abide” by the decision of the party high command on the next chief minister.

They also claimed that they were misguided by parliamentary affairs minister Shanti Dhariwal and party chief whip Mahesh Joshi in joining the rebel camp, and they had no intention to go against the party high command.

“I am a Congress soldier and do not belong to any camp,” said Congress MLA Divya Maderna. “Dhariwal and Mahesh Joshi misused their official positions and forced the MLAs to come to Dhariwal’s house and did not allow them to attend the CLP,” she said.

Maderna, whose grandfather Paras Ram Maderna was a tall Jat leader of Rajasthan, said police were deployed outside Dhariwal’s house and the MLAs were not allowed to attend the CLP meeting. “Now allegations are being levelled against (central observer for CLP) Ajay Maken to save their own skin,” she said.

Dhariwal and Joshi denied that they forced the MLAs to attend the meeting. “The MLAs voluntarily came and it was the decision of all to submit the resignations so that the high command listens to our voice and does not make CM from the group that rebelled against the party in 2020,” Dhariwal said.

“Yes, I had signed on the resignation letter,” said Congress MLA Prashant Bairwa on Tuesday, refusing to give a reason for signing the letter. He, however, said that the party high command should resolve the issue immediately as the state was heading for elections. “I will abide by the party’s decision,” he said.

Kushveer Singh, another signatory, said his intention was not to disobey the party leadership.

“Sonia ji gave me the ticket and I will abide by whatever is her decision,” he said on Tuesday. Sandeep Yadav, another signatory, also echoed Kushveer Singh and said they will follow the party leadership’s directions.

Congress leaders in Jaipur said many MLAs were taken aback by Shanti Dhariwal’s tirade against Ajay Maken when he accused the veteran Congress leader of being part of a conspiracy to install Sachin Pilot as the chief minister. “Maken had told us that views of all MLAs will be taken individually for fairness in the process and ensure that the high command is given a factual report on the wish of lawmakers,” said another Congress MLA.

Congress chief whip Mahesh Joshi on Tuesday said a meeting of the MLAs loyal to chief minister Ashok Gehlot was not called to mount pressure on the party high command while reacting to Ajay Maken’s “indiscipline” remark for holding the meeting.

“I am saying again and again that speaking your mind is not mounting pressure. We have not created any pressure on the high command but have tried to express our views. Whatever decision the leadership takes, we will obey it,” he told reporters on Tuesday.

On the possibility that some MLA may receive notices for indiscipline, Joshi said they will reply to it and prove their loyalty to the Congress. “If anyone raises doubt on the loyalty of our people, we will prove that loyalty at any cost,” he said.

Joshi was one of the three Congress leaders to be issued show cause notice by the party’s disciplinary committee headed by Tariq Anwar on Tuesday evening. Shanti Dhariwal and Dharmendra Rathore were the other two.