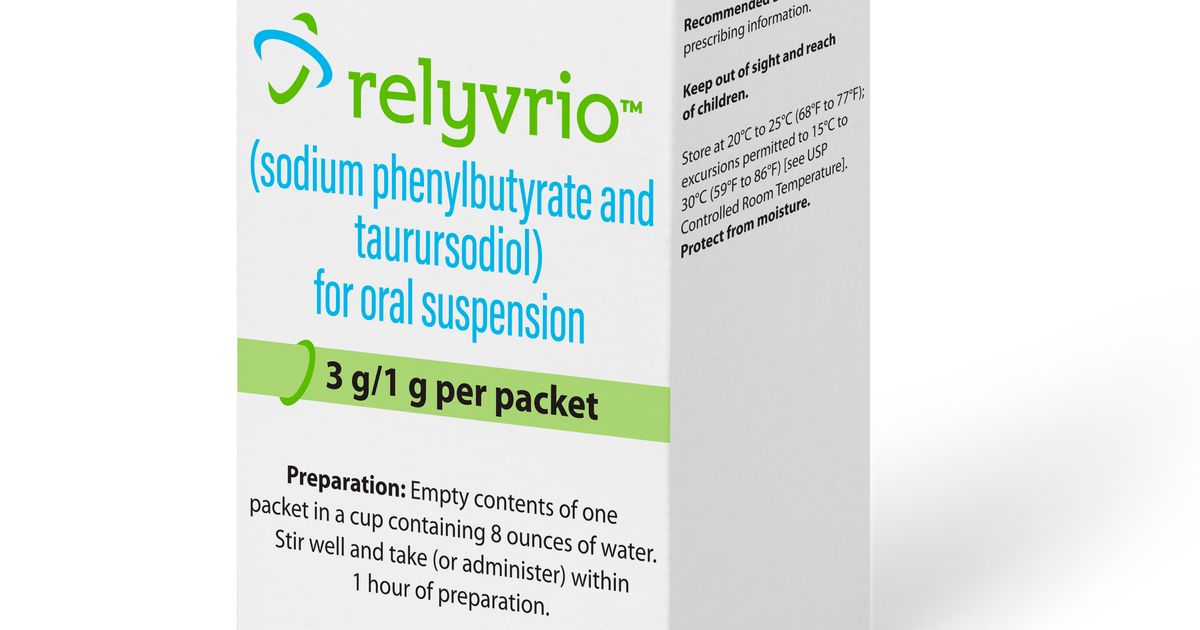 WASHINGTON (AP) — A much-debated drug for Lou Gehrig’s disease won U.S. approval Thursday, a long-sought victory for patients that is likely to renew questions about the scientific rigor behind government reviews of experimental medicines.

The Food and Drug Administration approved the drug from Amylyx Pharmaceuticals based on results from one small, mid-stage study in which patients with the debilitating disease appeared to progress more slowly and survive several months longer. Typically, the FDA requires two large studies or one study with “very persuasive” survival results for approval.

“This approval provides another important treatment option for ALS, a life-threatening disease that currently has no cure,” FDA’s neurology drug director Dr. Billy Dunn said in a statement.

The drug, Relyvrio, is the third U.S.-approved medicine for amyotrophic lateral sclerosis, or ALS, which destroys nerve cells needed for basic functions like walking, talking and swallowing. About 20,000 people in the U.S. are living with the disease.

The FDA’s review has become a flashpoint in broader debates about the regulatory agency, including how flexible it should be when reviewing drugs for deadly diseases and how much weight it should give to appeals from patients and other outside voices.

“I think it demonstrates the FDA’s ability to be facile and I think it demonstrates a lot of tenacity on the part of ALS patients and advocates,” said Dr. Catherine Lomen-Hoerth, an ALS specialist at the University of California San Francisco. “The company really tried to do everything possible to get this potentially promising drug out to patients.”

Amylyx’s drug is the latest in a string of neurological drugs that have won FDA approval despite questionable effectiveness data. The agency is still facing two government probes into its approval of the Alzheimer’s drug Aduhelm last year, which has not yet been shown to slow the disease.

In an online memo summarizing its decision, the FDA said “regulatory flexibility” was appropriate for approving Relyvrio, “given the serious and life-threatening nature of ALS and the substantial unmet need.”

The latest approval followed a remarkably turbulent path, including two negative reviews by the FDA’s internal scientists, who called the company’s results “borderline” and “not persuasive.” A panel of outside advisers backed that negative opinion in March, narrowly voting against the drug.

But the FDA has faced intense pressure from ALS patients, advocates and members of Congress. In recent weeks the agency received more than 1,300 written comments from the ALS community supporting the treatment.

That outpouring helped sway the same expert panel when FDA reconvened them earlier this month to revisit Amylyx’s drug. The second time around, they backed the drug, 7-2. The vote was not binding, but it seemed to open the door for FDA approval.

Several panelists said they were also reassured by an extraordinary exchange at the meeting in which FDA’s Dr. Dunn requested — and Amylyx affirmed — that the company would voluntarily pull its drug from the market if a large, ongoing study doesn’t confirm its benefit.

That 600-patient study is expected to report results in 2024.

But experts have pointed to the many potential problems with such an informal commitment. The FDA and the company could disagree on whether the final data supports the drug; or a company that acquires the drug in the future may not feel bound by Amylyx’s pledge.

The powder-based drug is a combination of two older ingredients: a prescription medication for liver disorders and a dietary supplement associated with traditional Chinese medicine. Cambridge, Massachusetts-based Amylyx has patented the combination and says the chemicals work together to shield cells from premature death.

Some ALS patients already take both drugs separately, sometimes paying $5,000 a month for the prescription component, according to physicians. FDA approval is expected to compel insurers to cover Amylyx’s medication.

Amylyx did not immediately disclose the price Thursday but said it planned to announce the information on a call with investors Friday morning. In Canada, where the drug received approval in June, the company has proposed a price equating to $165,000.

One outside group that analyzes the cost effectiveness of new treatments pegged the drug’s value at between between $9,100 and $30,700 per year. The Institute for Clinical and Economic Review also noted that many patients are expected to take Amylyx’s drug in combination with an older therapy, which costs over $170,000 per year.

Sunny Brous was diagnosed with ALS in 2015 and hopes to add Relyvrio to the two older FDA-approved medications she already takes for the disease.

“I’ve made it this far without this drug and I’m hoping having it now will extend my life further,” said Brous, who is 35 and lives near Fort Worth, Texas.

Amylyx’s data came from a 6-month study in 137 patients that showed some benefit in slowing the disease, based on functionality questionnaires completed by patients. Patients who continued taking Relyvrio after the study concluded appeared to survive longer than patients who originally received a placebo, the FDA noted.

“The ALS community has proven that our advocacy can impact decisions that are being made about our health,” said Larry Falivena, an ALS Association board member who was diagnosed with the disease in 2017, in an emailed statement. The group invested $2.2 million in Amylyx’s early research and stands to recoup $3.3 million from drug sales.

The Associated Press Health and Science Department receives support from the Howard Hughes Medical Institute’s Department of Science Education. The AP is solely responsible for all content.